It’s our fifth week on the road. We’re nearly half-way through our #DTRoadTrip! Time has flown by as we’ve sped from one incredible place to the next.

As the Nashville skyline disappeared in the distance, we soon found ourselves surrounded by the lush, green landscape of the Midwest’s Great Lakes region. 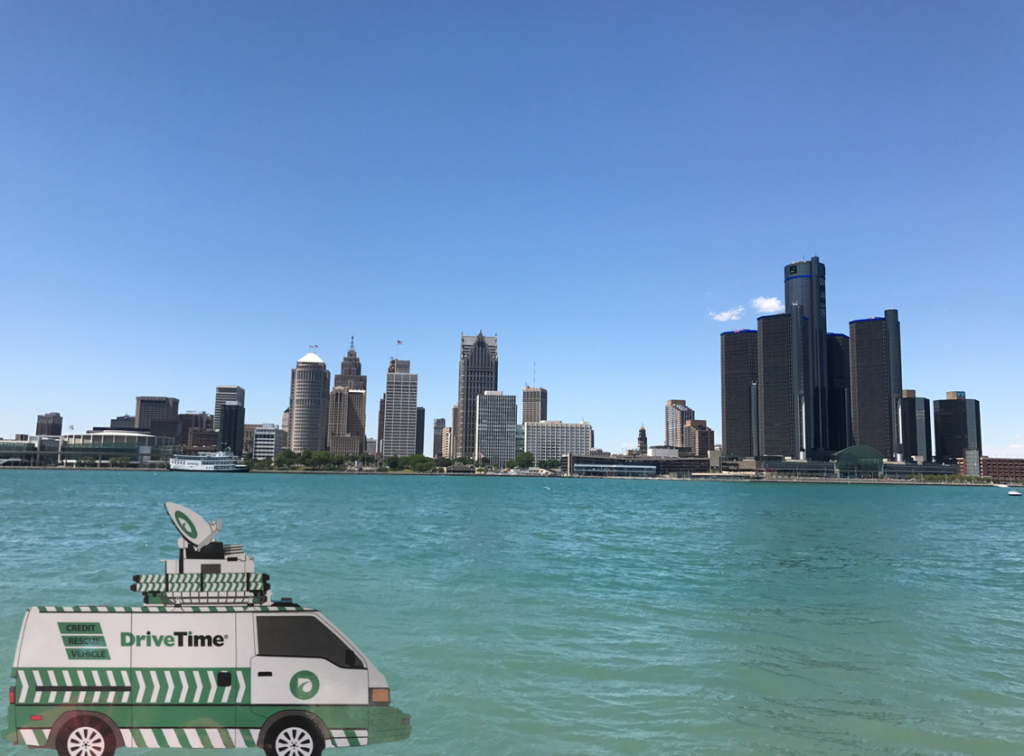 The air was thick as we took in Detroit, it felt like standing by the ocean. This impressed us, because we never imagined Detroit being so green and alive. Our vision for Detroit stemmed mostly from how the city is portrayed in movies and the news. We honestly expected to see rows of smoke stacks, gigantic factories and a smog filled sky. What we got was a bright blue sky with a gigantic lake to match, and an impressive city skyline surrounded by darling neighborhoods.

We should’ve known better than to judge this beautiful city. We’re certainly glad we took the time to see it up close.

There’s a lesson in there somewhere…like how people judge used car dealerships based on stereotypes. If they give them a closer look, then they’ll see that those stereotypes aren’t true.

We hope the people of Detroit will choose to take a closer look at one of DriveTime’s newest teams: DriveTime Eastpointe. 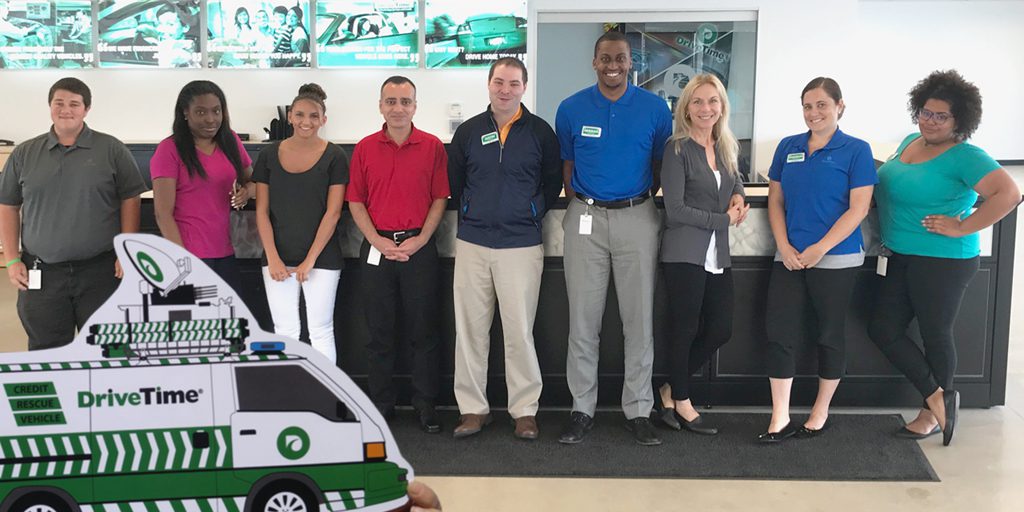 Take a closer look at DriveTime Eastpointe, and you’ll find that Murl Johnson and his team are some of the friendliest people you’ll ever meet. They are new to the neighborhood, but being the first DriveTime dealership in all of Michigan doesn’t intimidate them at all. They’ve already established themselves as part of the community, and they have shown their customers how the used car buying experience should be.

Time for Some Fun!

Detroit is the place for sports fans. No matter the season, Detroit has a team to root for. Tigers games at Comerica Park, Lions games at Ford Field, Pistons games at The Palace of Auburn Hills and Red Wings games at the Joe Louis Arena. 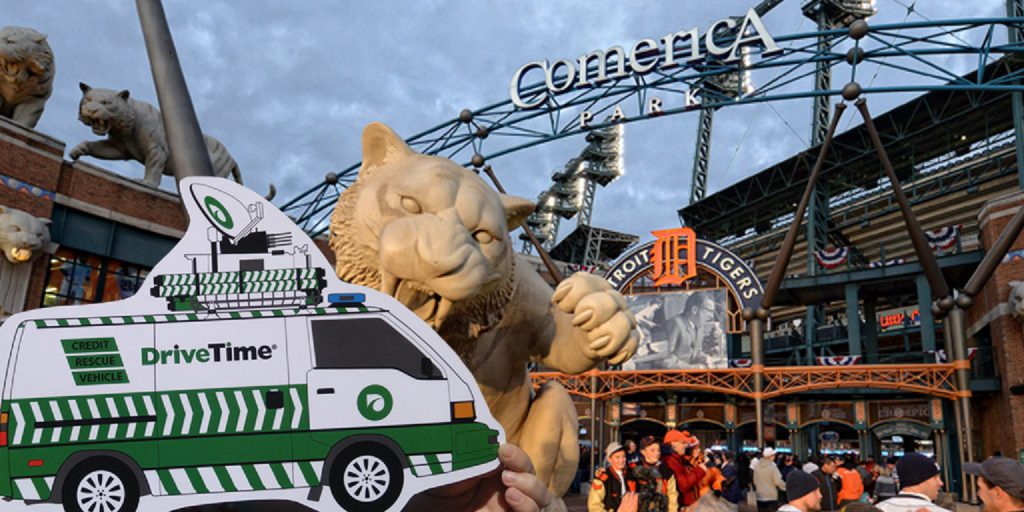 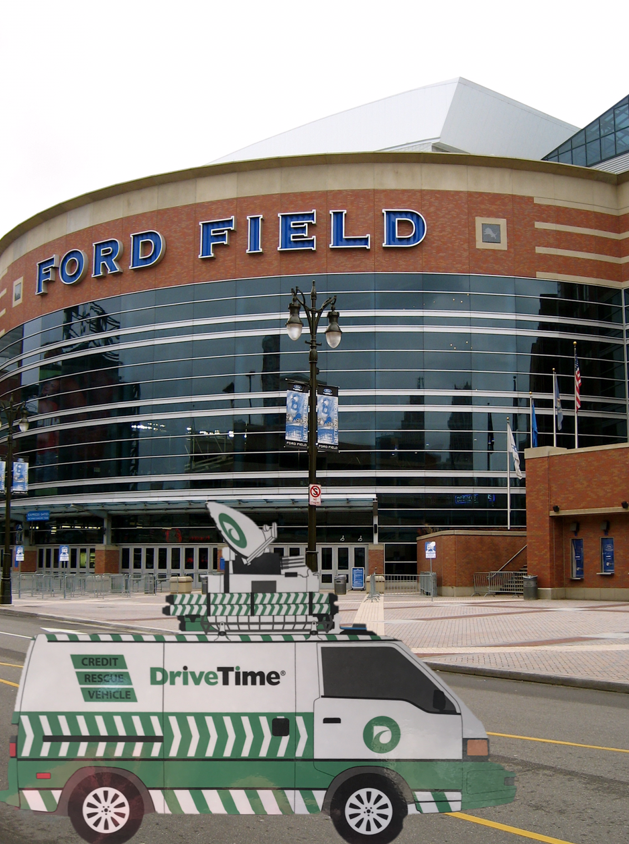 The other thing about being a sports fan in Detroit is you have to be thick skinned, because their teams don’t always have the best seasons.

Watching the Detroit Tigers lose sure made us hungry, and ball park food is so overpriced, so we left the game to grab a (huge) slice of Cloverleaf Pizza. The best pizza in Michigan! 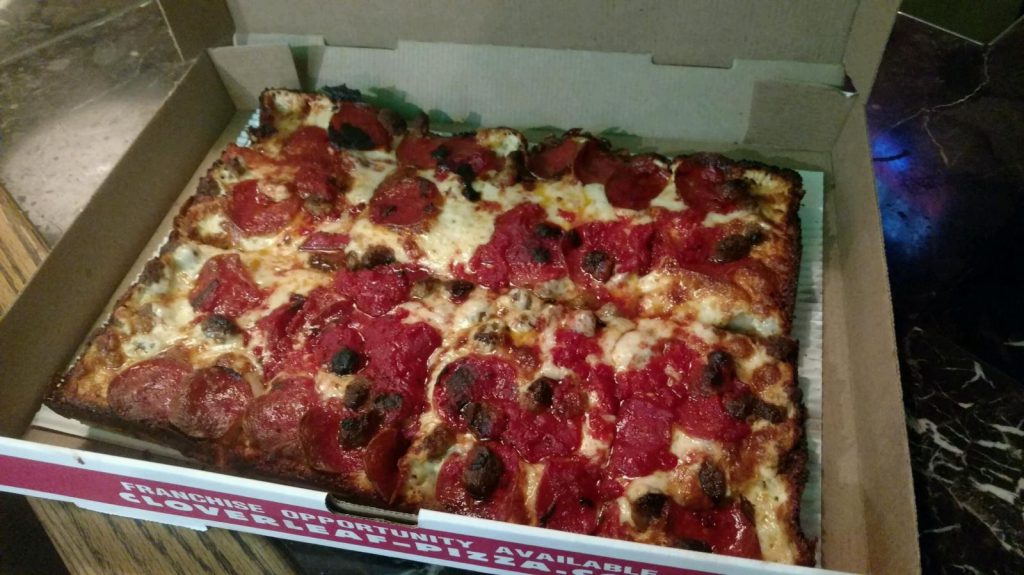 What other Detroit attractions should we have taken a closer look at? What is your opinion on Detroit sports teams? Let us know in the comments!

See you on the road!