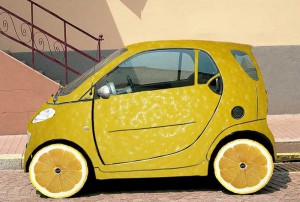 In a perfect world, every car would start right up with a touch of a button, work perfectly and efficiently at all times and even change its own oil. A girl can dream, right?

Unfortunately, we don’t live in that world and neither do the cars we rely on. The reality is, some cars are just lemons and some models are prone to serious breakdowns and glitches. And, as technology continues to complicate the way cars are made, this issue isn’t expected to go away any time soon.

Luckily, the Consumer Reports Annual Auto Reliability Survey aims to demystify the car world by uncovering the makes and models that stirred up the most commotion in the last 12 months. And, after interviewing Consumer Reports subscribers and gathering data on a whopping 248 different models, here are the winners and losers:

First-year models from Infiniti, Jeep, Fiat, Ram, Cadillac, Ford and Honda all saw their share of angry, disgruntled customers last year as they overcame serious glitches when it came to in-car electronics and infotainment systems.

However, Infiniti is the worst offender for 2014, mainly due to the wonky Intouch system included in the new Infiniti Q50 sedan and the shameful reliability performance of the QX60 SUV. Just imagine how angry customers were after they spent their hard-earned money only to find that it had “issues.”

Domestic small and compact cars as well as pickups also dropped American rankings. The Chevrolet Sonic, Ford Fiesta and Dodge Dart all rank below average. The reports explains that many of these models are going through “teething pains.”

Thankfully, Consumer Reports didn’t deliver only bad news. Even through some of the poor performances in 2014, there were some bright spots when it came to reliability and performance. Based on this report, brands taking the top spots for reliability in 2014 were Toyota, Mazda, Honda and Lexus, in that order.

Sadly, the only domestic brand placing in the top ten was Buick, which is starting to make me think that my grandma might be a genius after all. After coming in at 16th place in the 2013 rankings, Buick moved up to an overall ranking of 6th for 2014.

Other American brands placed in the middle, but still moved up from the previous year. For example, Lincoln moved up 12 spots to 15th, Hyundai moved up 8 spaces to 13th and Kia moved up to 10th place. And, when it comes to Kia, the news is pretty awesome, considering just how affordable they have been and continue to be.

Since certain models did better or worse than others, they had the opportunity to seriously improve (or damage) the entire brand. In other words, these rankings are not necessarily reflective of every single model a brand makes—they just aim to give consumers a general idea of what they’re dealing with.

Still, the Consumer Reports Annual Auto Reliability Survey offers a few nuggets of wisdom for anyone who might be in the market for a new or used car. So, use this information as you will, but as always, make sure any decision you make is an informed one.

Older
Car Paint Problems: The Causes, Treatment, and Prevention
Newer
Cars That Get Their Designs from Animals 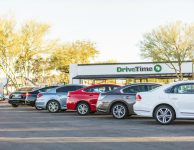 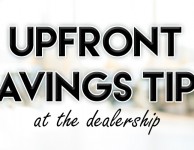