What You Need To Know About Interest Rates

The topic of interest rates has been in the news a lot lately. They are an important part of most large financial decisions. Because of this, it’s good for people to know what they are and how they affect a person’s finances, before an investment is made.

Interest rates indicate the price it will cost to borrow money or how much it will pay to save it, according to Money Saving Expert. When you borrow money, it is agreed at the time of the loan that the money will be paid back, plus a percentage of the total amount borrowed, within a determined time frame. Likewise, when money is placed in a savings account, the bank agrees to pay the customer annually a percentage of the amount saved.

According to US Bank, the current interest rates were set in 2008 and haven’t been changed since. This is because the nation’s economy has been recovering from the Great Recession. However, interest rates have been in the news a lot lately because the Fed is seeing that the economy is healthier now than it was before. Because of this, the Fed is considering raising interest rates.

After months of speculation, the Fed decided in a September meeting to postpone raising interest rates until a later date, possibly in October, according to the Guardian. The reasons included a low inflation rate and worries about an unstable economy.

However, there is still time for the Fed to decide to increase interest rates. According to the Wall Street Journal, nearly two-thirds of market economists believe interest rates will increase before the end of 2015.

“Two-thirds of market economists believe interest rates will increase before 2016.”

How You Can Be Affected

There is a lot of uncertainty and confusion among economists about the fate of interest rates. The average loan holder should be aware of the possibility of a rate increase because it could affect any current loans.

According to CNBC, bank fees and car loans will be two of the most affected products should the rate increase happen. Bank fees are expected to go up as a way to prevent the same financial downfall that occurred several years ago. This will affect car loans, home improvement loans and short-term credit cards as well.

US Bank explains that the value of money in savings could be decreased by a rise in interest rates due to inflation. One way to protect the value of your is to move it out of the bank and into a line of credit.

Considering the unknown future of interest rates, it’s a good idea for people to prepare for the possibility of one. If there are any major purchases you or your family are deciding on, it could be smart to make the decision before the rates change, according to US Bank. Talking to an advisor can help determine how to best prepare.

Did you enjoy this article? Subscribe to our email list and get more delivered straight to your inbox! 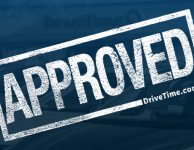 DriveTime – The Go To Place for Approval 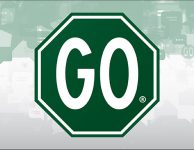 We Turn NO to GO! 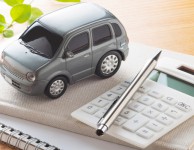 Know Before You Go: What To Look For Before Heading to the Car Dealership 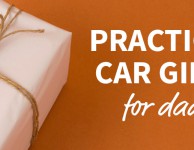 Hot Cars, Cool Gifts: What to Get Your Car-Loving Dad This Father’s Day