Turkeys and Testosterone: How American Auto Racing Got its Roots [Infographic]

Rumor has it that Thanksgiving Day is just around the corner. As we settle down on Thursday with our friends and family to give thanks for everything we are grateful for, lets not forgot to recognize what is arguably the most adrenaline pumping sport on the planet: American auto racing. Even the most die hard gear heads that can rattle off Tony Schumacher’s final drive ratio in his Top Fuel car probably can’t tell you how American auto racing got its roots.

The myth that racing began during the prohibition area by bootleggers is only partially true, but the reality is that racing started decades before, in cars that couldn’t top 10 miles per hour. The first race on that fateful Thanksgiving Day in 1895 wasn’t a measure of endurance or speed, but was a promotion in an attempt to foster growth for the adolescent American auto industry.

This race was covered in newspapers across the country and led to the eventually demise of horse-drawn transportation. So, at the very least, we can be thankful this Thanksgiving that we aren’t traveling by a horse-drawn cart.

How American Auto Racing Got its Roots

Summary: When people think of Thanksgiving, the first thing that comes to mind is family gatherings, obscene quantities of food and football. While the first Thanksgiving took place in 1621 at Plymouth Rock, the 1st auto race in the USA took place on Thanksgiving Day, 1895; the Chicago Times-Herald Race. Six contestants took on the 54 mile course, racing for over 10 hours with a blistering average speed of less than 10 mph. Racing was born.

1901: First automobiles race on a racetrack at Knoxville Raceway in Knoxville, Iowa.

November 18, 1963: President Kennedy pardons the first turkey at the White House, ensuring that it will spend the duration of its life roaming freely on farmland.

1970’s: Can-Am series is born, based in Canada and the USA. The series featured engines that produced speeds over 200 mph.

2000: NASCAR remains one of the most popular sports in America, with explosive popularity

November 2013: President Obama holds up the tradition of the “Natural Thanksgiving Turkey Presentation” by giving a select turkey a Presidential pardon. 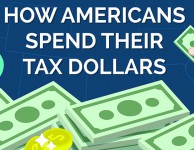 How Americans are Spending their 2015 Tax Refund [Infographic]

Used Car Buying Should Be Phenomenal, Not Painful [Infographic]