“We are very excited and pleased to welcome Don to DriveTime,” stated Ernie Garcia, Chairman. “Don’s considerable leadership and operational experience in new and used auto sales, as well as his background as a CFO, make him an ideal candidate to lead DriveTime at this time. We continue to reinvent our dealership and digital customer experiences and offerings, and expect to begin acquiring new car dealerships beginning in 2018.  I also view him as a very valuable addition to our boards.”

Mr. Reese has over thirty years of experience in new and used auto sales, leadership and finance having spent:

Transforming the buying and financing of a used vehicle with a fair and transparent experience, DriveTime offerings include used car features on its online inventory; speed of financing including a credit score and the starting down payment in less than two minutes; prices on every used vehicle online and at its dealerships; no-haggle pricing; salaried associates trained to help our customers find the right used vehicle for them; and a five day, no questions asked used vehicle return program.

DriveTime in the News 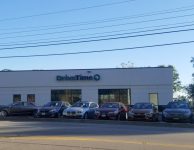 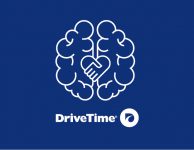